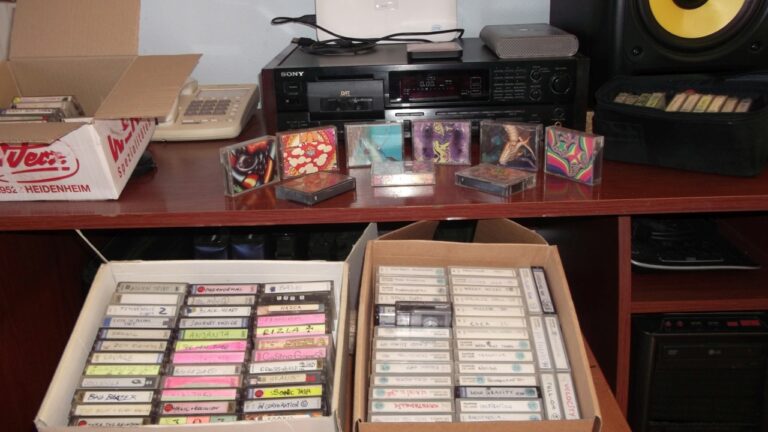 Since recently i started to convert ALL my library to FLAC (and i strongly encourage you to do the same), lets see what is all about!

WAV is an acronym for Waveform Audio File Format. Initially released and supported in 1991 by Microsoft and IBM the WAV is compatible with Macintosh computers as well as terminals partitioned with the Linux kernel. It is capable of holding both compressed and uncompressed audio data, making it quite flexible for a variety of needs.

It is the standard format for CD audio in which it runs in stereo (two channels, though 65,536 are possible) at 44,100 samples per second (but has a range of 1 HZ to 4.3 GHz) with 16 bits per sample. One major downside of this format is the size of an audio file, which are limited to 4 GB. Even average length songs could be very large making file sharing difficult or limited in the early days of the Internet when broadband access as rare.

FLAC stands for Free Lossless Audio Codec. As you can imagine this format is lossless, meaning the files can be compressed but the end result experiences no information is lost. The listening experience and quality are retained for the audience.

As much as half of the original file size can be reduced making this format popular for computer users. It has an open source history dating back to 2001. The FLAC is scale-able from 3 to 32 bits per sample as well as a sampling rate between 1 Hz and 655,350 Hz.

So, simply put: Take a WAV file with PCM-encoded audio, and the corresponding (mathematically equal) FLAC file will be a tad smaller. The downside is that FLAC is not as widely supported as WAV. For example, most operating systems won’t play or convert FLAC files without extra software, however Windows 10 (and possibly 8?) have now a native support for FLAC.

FLAC is like ZIP in audio world, you can compress/uncompress the data multiple times without any loss. But compression ratio is way better than ZIP, because this compression format is tailored specifically for audio.

Furthermore FLAC is superior to LPCM (WAV) in almost all aspects. WAV has a constant bit rate. That means even the silent parts are stored as 0 Hz and occupies space in the container. FLAC on the other hand has a variable bit rate and eliminates the silence parts and stores only the part of the audio between 1 and 655,350 Hz.

If any audio frequency in that range is not detected, say 0 Hz or anything above 655,350 Hz, FLAC treats it as silence and does not store it. As reference, humans can only hear frequencies in the range between 15 Hz and 20,000 Hz, which also narrows with age.

The reason why some audio stores offer both WAV and FLAC files is that audiophiles are particularly finicky about quality and they sometimes feel that FLAC, being of smaller size, is inferior to WAV, which is totally wrong.

Another important fact is that WAV doesn’t support tagging properly, so you’ll be missing all the track info, which at least for a DJ are mandatory. Besides the space savings, the nice thing about FLAC format is that it can easily contain all information tags (title, album, artist, date, cover art, BPM, key, label etc.). So it is a good chance to get rid of those shitty mp3 files as well! 😀

As a final note, the only reason that the industry doesn’t fully support FLAC and let WAV to die (as they should do), is because FLAC is a free format, and we all know how much the industry hates free things…

PS: If you still have doubts here is a scientific article, including tests, which prove all the above (and even more):
https://thewelltemperedcomputer.com/KB/WAV-FLAC.htm